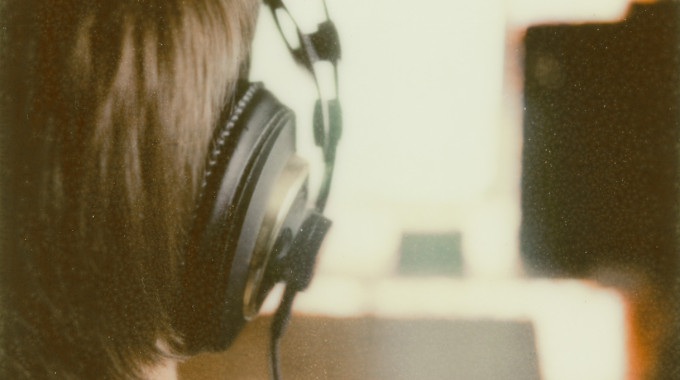 Production is a weird animal. There are lots of ways to do it, and no real “right” or “wrong” way to make the magic happen. So how do you know if you’re doing it the best way possible? I’ve been producing records for 10 years now, but still feel like I’m learning every day. Nonetheless, I wanted to begin to share some of the things I’ve learned and hopefully help you avoid the mistakes I made.

Figure Out The Song First

Everyone’s different, you’ll need to accept that. Some artists will come in with a killer song that you’ve got jack-squat to change and when that happens – consider yourself to be lucky. It won’t happen often, at least on the indie level. Unless you’re working with bands, most individual artists will have half-finished ideas that need to be completed. Do this first. Help them figure out when the song needs to do, what needs to change or be added or – send them home to do it first if you’re not a songwriter. Hell, don’t even schedule the session if you’re not a songwriter and adept enough at helping artists hone the song. It’s totally ok if you’re not – there are plenty of producers who don’t write but are wizards at ProTools, making sounds, beats, engineering, etc. But get the song nailed down first. Don’t even create a click track unless that song is done, and ready to be produced. You will find yourself in a world of uncomfortable situations and will potentially tick off a lot of clients if the song isn’t done. You will mess things up if the song is not done first. Finish the song first. Period.

END_OF_DOCUMENT_TOKEN_TO_BE_REPLACED 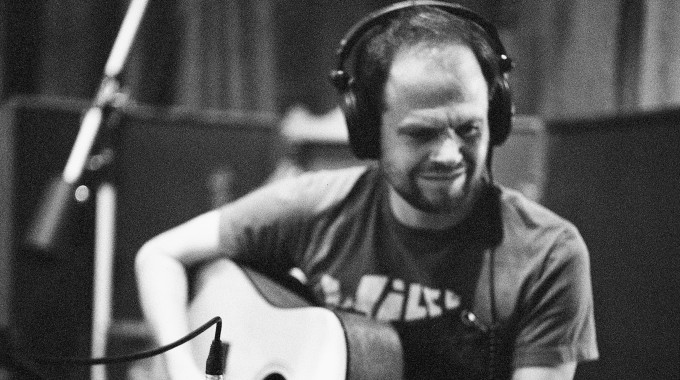 As a record producer, you are only as good as the musicians you surround yourself with. A great producer only keeps the best musicians he or she can find around to ensure you’ve always got magical performances to sift through. Being a record producer is not unlike being a coach – you may be making the calls, but the players are the ones actually making the plays.

I’m a guitar player, so I’m very picky (gah, pun not intended). And while I’m good enough to play plenty of styles and genres, I still realize my limitations, and I recognize that there are loads of players that are out there that can completely annihilate me on the fretboard, and I’m always happy to have them on the session. Besides, although I play guitar on many of my records (especially acoustic) it’s always better when you’re producing to be behind the glass rather than in the booth. You can’t really be objective as you need to be when you’re the one performing *and* producing. It’s akin to being both director and actor in your own film. You can go back and play the tape and see how you did – but it’s never the same as watching someone else do what they do best.

I first heard of Daran through my guitar teacher (Brad Barnes: great guy, phenomenal teacher) when I moved back to Dallas in 2000. Daran was a classmate of his at UNT, and Brad talked about him almost every lesson. He referenced his tone, his attitude, his technique: it went on and on. I heard so much about Daran that when I finally got the chance to meet him at a live show, I was nervous as hell. Like, sweaty palm nervous.
END_OF_DOCUMENT_TOKEN_TO_BE_REPLACED 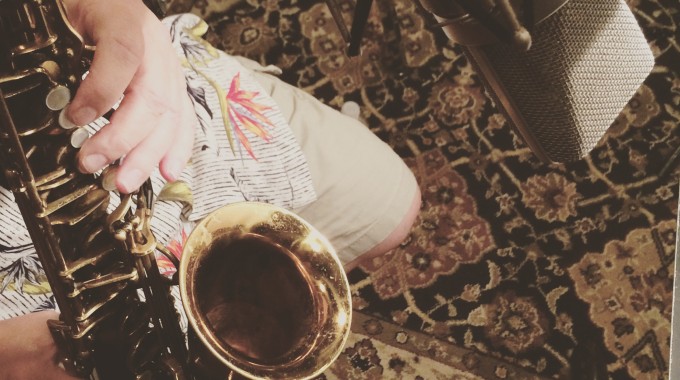 Had a great day today cutting some horns at Audio Dallas! My good friend and client Charles Collins needed some alto and tenor sax, bone, and trumpet on a tune today, so I got to arrange and cut horns on “People Make The World Go Round” a revised version of the classic hit for Charles’ new upcoming EP.

The song itself is pretty hairy. Lots of meter changes, and the horns play a very important role in the recording. Alto sax took the lead, and then tenor sax, bone and trumpet filled out the vibe. Thankfully I had Randy Lee on sax (whom I’d never worked with before – amazing player) Gaika James on trombone and Keith Jourdan on trumpet. I’ve worked with Gaika and Keith several times before and they’re really solid players; some of my favorite to work with in town. Being a horn player myself (I started on trombone) I’m pretty particular when I’m cutting horns. Although Charles is producing the EP himself, he’ll let me chime in when I hear something weird, not that I had to that often.
END_OF_DOCUMENT_TOKEN_TO_BE_REPLACED

Larry Gee is a Dallas-based soul and funk artist who puts on a tremendous live show and who has been carefully crafting new tunes for his new record. “Got To Have It” is his new single, produced by the also ever-talented Beau Bedford.

The song opens with a classic and hypnotic sounding bass and drum, groove. Nice, smooth, and addictive. I love his dry vocals up until 0:35 – that was a great call. The female background vocals by The Affections are by far the catchiest part of the song, and I love them. Throughout the song Larry’s high melodies give me a Prince vibe, and it’s very effective. He’s got a strong falsetto, and it sounds great in this song.
END_OF_DOCUMENT_TOKEN_TO_BE_REPLACED 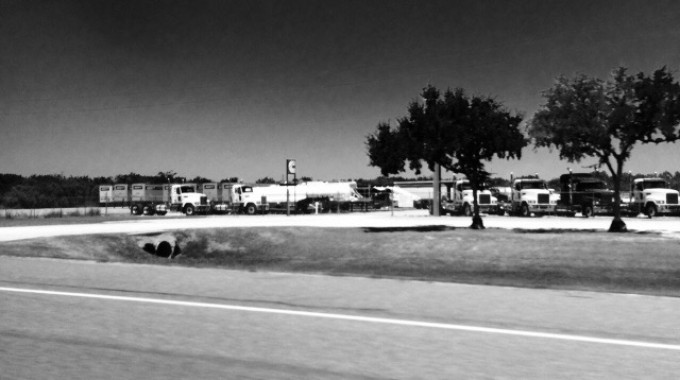 Man, oh man. Texas is huge. I mean, Dallas is big too, but Texas is a HUGE state. I got hired to DJ and play live at a private event in Gruver, TX with one of my songwriting buddies, Blake Burrow and on the road out to the event I am reminded of how large the state is by the length of time I have to drive…from Dallas it’s a 6 HOUR drive!! I’ve driven further, and at least I can hang with my bros Justin and Griz as they’re playing the gig as well. But for now, this little producer/songwriter will be crammed in the back seat blogging my face off, getting ready to make the crowd dance their asses off to the latest country and pop hits! Until then, friends…enjoy the fact that you can stretch your legs! Cause I. Can. Not. Move. Lol… 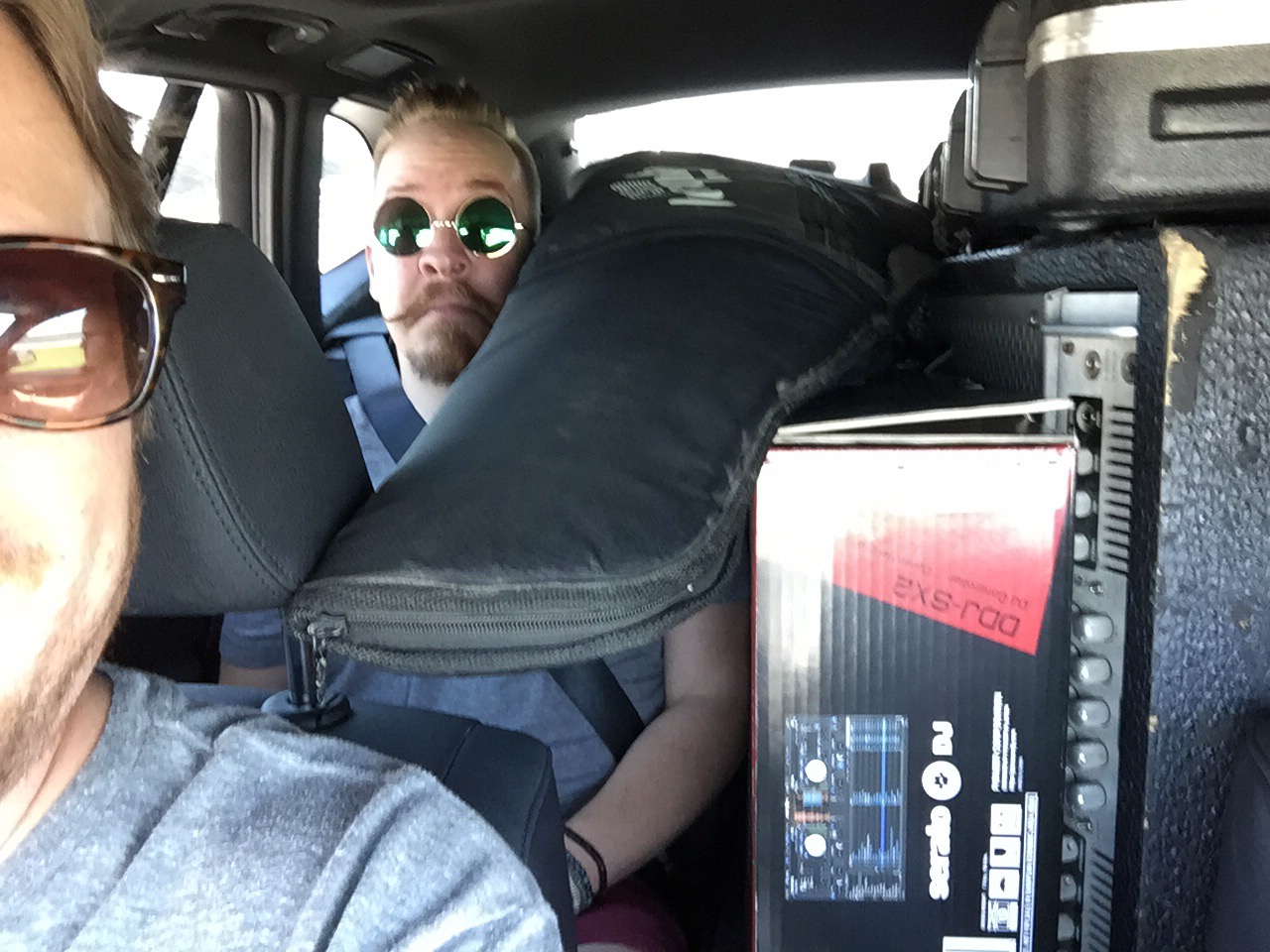 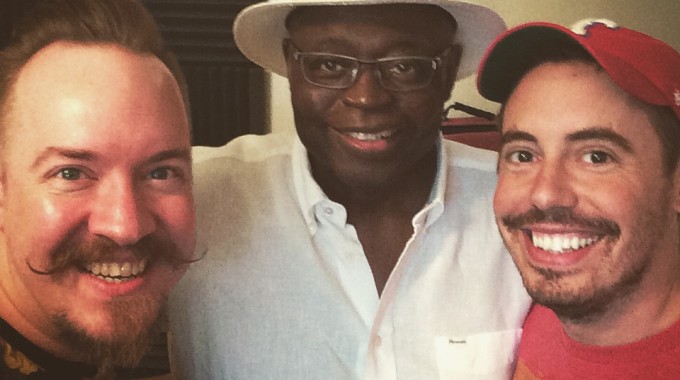 Had a blast today working for Mr. Soul himself, Charles Collins! Charles is a legendary drummer from the 70’s, and he played on TONS of hit records including Teddy Pendergrass, Lou Rawls, The Jackson 5, Stevie Wonder, Patti Labelle, The Temptations, and tons more of those old school pop and dance tunes. You can check out his credits here. It’s pretty insane. Thankfully for me, he moved to Dallas years ago, and now I’m his official “Pro Tools Bitch.” LOL…I help him realize his visions by bridging the gap between his old school techniques and flavors and the new school way of recording. And don’t get me wrong – Charles is a very hip musician who uses lots of new techniques to craft his records these days: it’s just easier with a guy like me to help him get it done faster. I’m very lucky to be working with him (thank you Bradley) and am thankful I can call him a friend and mentor in the business. We had the pleasure of working with Will Foraker today, who KILLED it on keys using his amazing Nord Stage2. I’m also producing Will’s first solo project, which should be done by the winter of this year.

Charles will be done with his upcoming EP when he’s damn good and ready. Hahahaha, but seriously when it’s done…watch out!! 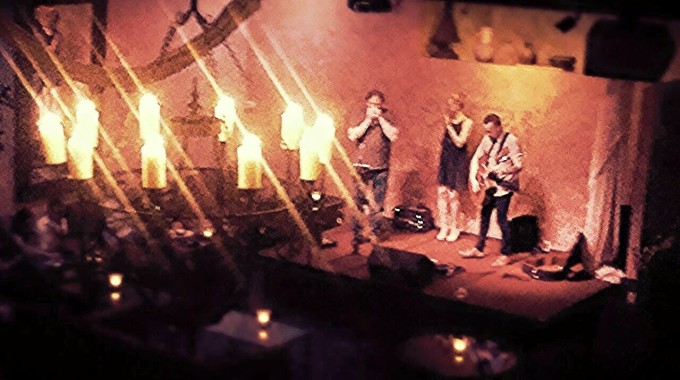 Just wanted to give a quick shout-out to Mercy Wine Bar for having me out tonight! It’s really a dream when you can play at a venue that will let you get artistic, and be yourself – but better yet – it’s even better to play and always know there’s going to be a crowd there that will truly *appreciate* it. I got to get really DEEP with my looping and created a number of very magical moments on the spot. That’s always SO satisfying to be able to do here in Dallas, as it’s not always so welcomed to be super experimental here. So thanks again – you guys make it worth it every time. Even better, tonight my good friend Don Brown came up and jammed some harp with me and then my favorite singer on the planet Sarah Sellers came up as well! So basically – it was UH-MAY-ZING. I love producing records, but it’s also so satisfying to play live, and just live in the moment.

Well, we’re at it again!

Just finished a few more vocal sessions with the lovely and talented Hannah Claire! The vocals we recorded were at one of my favorite studios to work at (Audio Dallas) and it went very smoothly, as always. Thankfully I had Bradley Prakope at the helm of the starship Neve VR this time around, so it was very easy to sit back, produce, and just watch the magic happen. I got to hear the newly polished versions of a few songs I wrote with Hannah months ago, and that was really exciting too. I know everyone says that their latest work is their best – but this really is her best work as of yet. I love the songs, they fit her perfectly. The style is even more zeroed in to her own artistic angle, and I think that when people hear the “New Hannah” theyre going to absolutely love her work even more! It’s indie, it’s pop, it’s earthy, it’s tender. She’s gonna be an incredible songwriter (not that she isn’t already) but just you watch…you’ll see. until then, please enjoy some of the songs off her album I produced last year.

Have a great day! 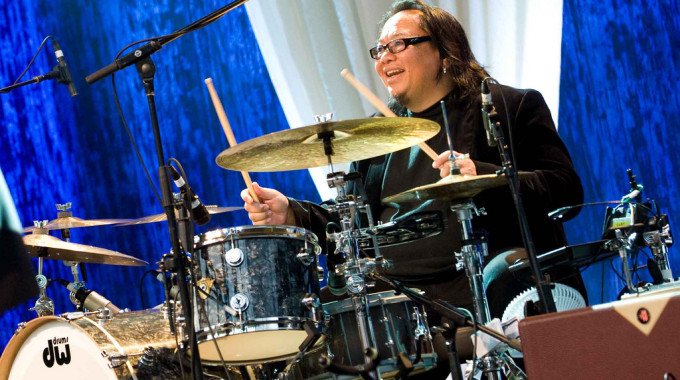 Well, when it comes to drummers – I’ve been a lucky guy. I’ve played and recorded some of the best, but there are few that can compare to Curt Bisquera.

I first met Curt on the first record I did with Bradley Prakope (Plee – Heirloom). We were introduced by a good friend (the equally legendary) Bob Parr. Bob knows just about everybody in the business, and was able to hook us up with Curt’s number. Since he loves doing cool indie records, and Bob was already hired to be on bass – Curt was in.

END_OF_DOCUMENT_TOKEN_TO_BE_REPLACED 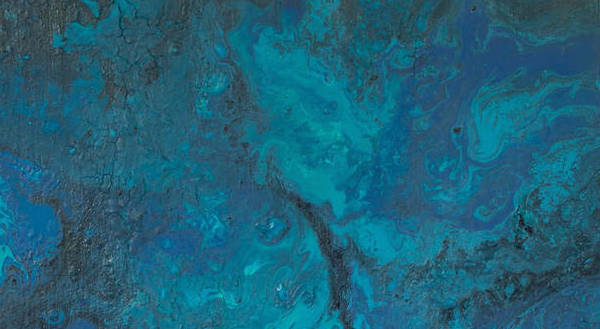 So very excited to announce I’ve just completed a fantastic new recording with #1 Billboard artist, Vandell Andrew!! He’s a transport from Louisiana to Dallas, and is a completely sick, disgusting (read: amazing, incredible) saxophonist who I’ve worked with and produced before. I really wanted to do something different this time around with him, though. Instead of sticking to the normal smooth jazz flavor he’s best known for, I pushed him to get a bit more outside of the box, and the result is this track – “Keep Going.” It’s like a lounge/house/chill vibe (very Café Del Mar vibe) mixed with a smooth jazz saxophone caramel on top. Slightly pop flavored, but still produced in a very lounge-y way. He did all of his recording the first day, and a lot of it is on the very first take! Please check it out now, and tell me what you think. It’s a great vibe, and something I’m proud to have done with him! Enjoy!